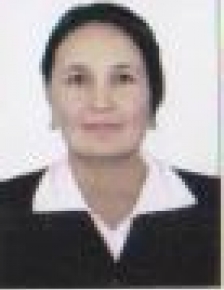 Aripova Diloramkhon Kaxorovna is from Andijan region and received her BA degree in Philology of English language from Andijan State Institute of Foreign Languages. Diloramkhon Aripova began her pedagogical career at School 55 in Asaka. Her goal is to help each student learn by whatever method he or she learns best. She has also served as a vice principal since 2014. In 2015, she joined a campaign to recruit trainers to enhance English language teachers' professional skils. During 2018 and 2019, she participated in international conferences and in 2019 she was awarded an "Excellent Teacher of Public Education" badge. As a Core Teacher, she is looking forward to help teachers develop better teaching and educating skills.