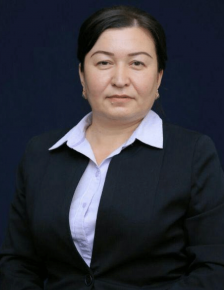 Feruza Masharipova is from the Khorezm region. She received her undergraduate degree in English Language Teacher Specialization at Urgench State University. She started her teaching career at Boarding School #1 in Kushkupir 1997. In 1999, she started teaching at secondary school #25 in Kushkupir. In 2003, Feruza became a finalist for the ACCELS/TEA program and studied at California State University as part of the International Education Program. Since 2004, Feruza has been teaching at Urgench State University as an English Language Teacher. She was the coordinator for the Access Microscholarship Program during 2009-2017 for Urgench Access. The program provided free English classes for talented, disadvantaged children in the Khorezm region and was the most successful Access program in Central Asia.

As a Core Teacher Trainer, Feruza is looking forward to contributing to the TESOL program in Uzbekistan, implementing student-centered methods of teaching.