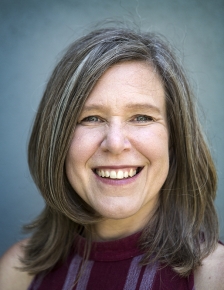 Wendy Coulson is originally from Fort Wayne, Indiana, USA. She received her MA in Applied Linguistics and TESOL from Indiana University - Bloomington and her M.Ed in K-12 Bilingual Education from the University of Illinois at Chicago. She is also a Rotary Peace Fellow graduate having received a professional development certificate in Peace and Conflict Resolution Studies from the Rotary Peace Center at Chulalongkorn University in Bangkok, Thailand. Prior to joining the English Speaking Nation: Coaches Program, she served as an English Language Specialist in Jordan, Tunisia, and Mexico and a Fellow in Colombia with the U.S. Department of State's English Language Programs. She has also been working as an English language consultant training teachers for the British Council in Myanmar and for NILE ELT virtually in Tunisia. Her first international position was with the Soros Foundations Professional English Teachers Program in Debrecen, Hungary during the 1993-94 school year. She began teaching English because of her interest in foreign languages and travel. She also speaks fluent Spanish and was fluent in Hungarian. She has now been working in the field of TESOL for over 27 years.